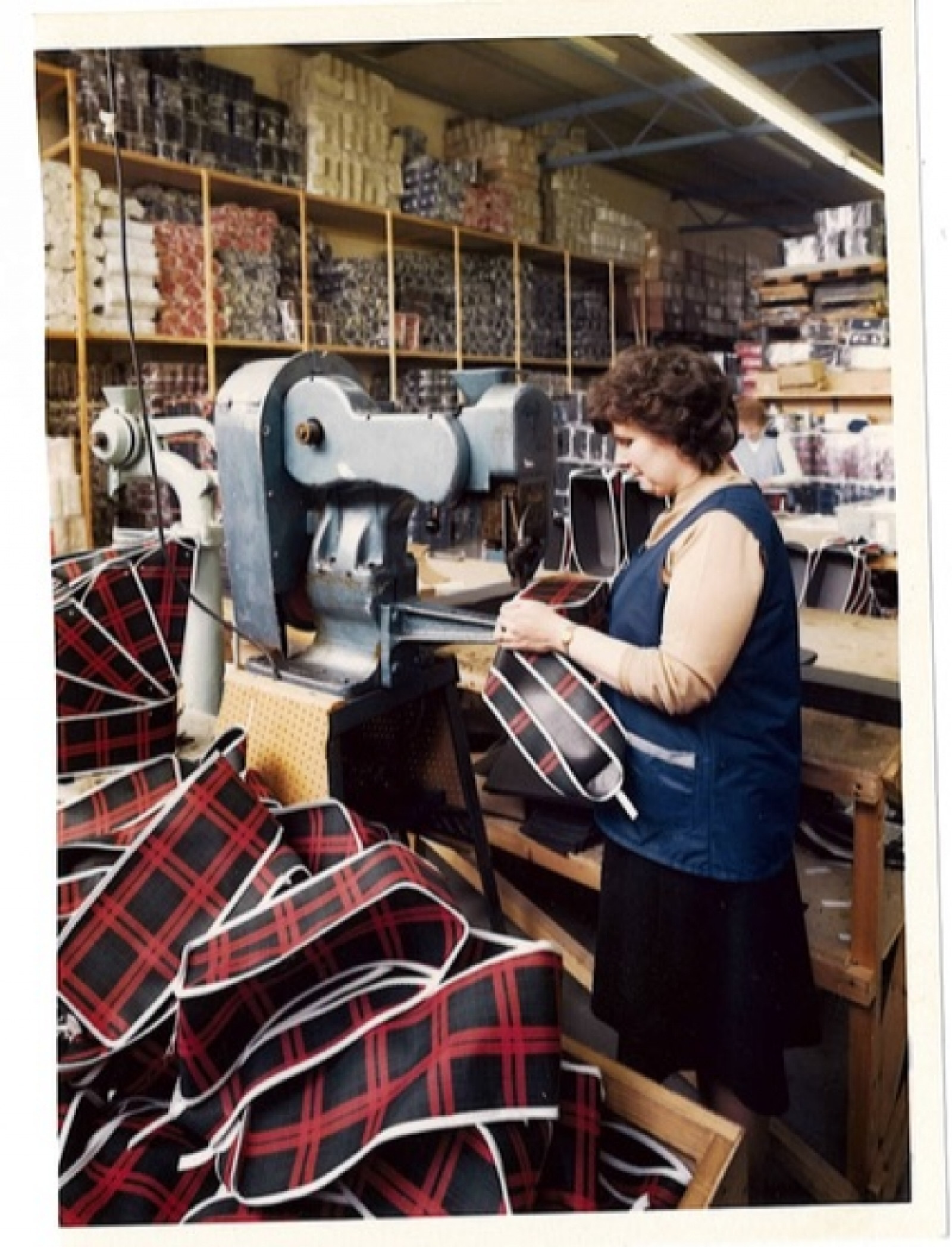 On Friday 22nd September MyWorkwear will be celebrating their 41st anniversary. From manufacturing golf bags and then cycle bags for Halfords - the story of MyWorkwear is still being written, but one we'd like to share with our Made in the Midlands family.

Mike Worthington, shares the story of MyWorkwear over the past 40 years.

I first started the business at the tender age of 23, having gained professional qualifications in A1 product design at Wolverhampton Art College and no ready employment.

My first product was a combined golf bag and trolley called the Clubguard Classic. It had a patented moulding which enveloped the golf club and thus prevented damage and eased selection. The idea was great but the quality less than perfect and garnered a few moans when wheels broke away mid course! Kwik-Fit approached us in the 1980s to produce a line of Kwik Fit Junior Suits. These were available as mini replicas of the Kwik Fit coverall, famed by the advertising campaign You cant get better than a Kwik Fit Fitter.

When the Faulklands War broke out, we worked with the MOD to produce  Gortex waterproof socks that were stretchy and breathable. This was to help the soldiers who were suffering from Trench foot during the conflict.

It was at the latter end of the 1980s that we decided to move the focus of the business from just manufacturing into providing pre-made workwear from external suppliers.

James Worthington, my son, and now the MD of MyWorkwear, came to join the company in 2001, he joined us direct from the IT industry, having worked in both the UK and Canada and bought a refreshing attitude to the business, along with a range of lifestyle clothing, that didnt quite take off!

Around the time that James joined the team, we noticed the change in the way that people were expecting to purchase, or at least browse our wares. Road reps were becoming obsolete and we became one of the first companies to join the online revolution and enable shopping online.

Our website was built in 2001 by Midland Computers and this is where we met Peter Barfield, whom we have been working with ever since.

In the past 15 years the way that the world works and shops has changed dramatically. Since our early days manufacturing for large multinational companies to today where anyone can set up a business and would like to see their logo on one polo shirt. MyWorkwear has adapted and strived to ensure outstanding customer service throughout.

In 2015 Peter Barfield and his business partner Ben Simpson became directors of MyWorkwear. In joining the business they have bought a wealth of IT experience and we launched our new website in early 2017.

The MyWorkwear team are committed to offering an outstanding level of service to customers both new and old, large and small  so if you are looking for your first or your next batch of clothing, workwear or uniform that needs to be personalised with embroidery or printing, then please call us 01952 585 881 or visit our website www.myworkwear.co.uk  We care about getting your logo out there.