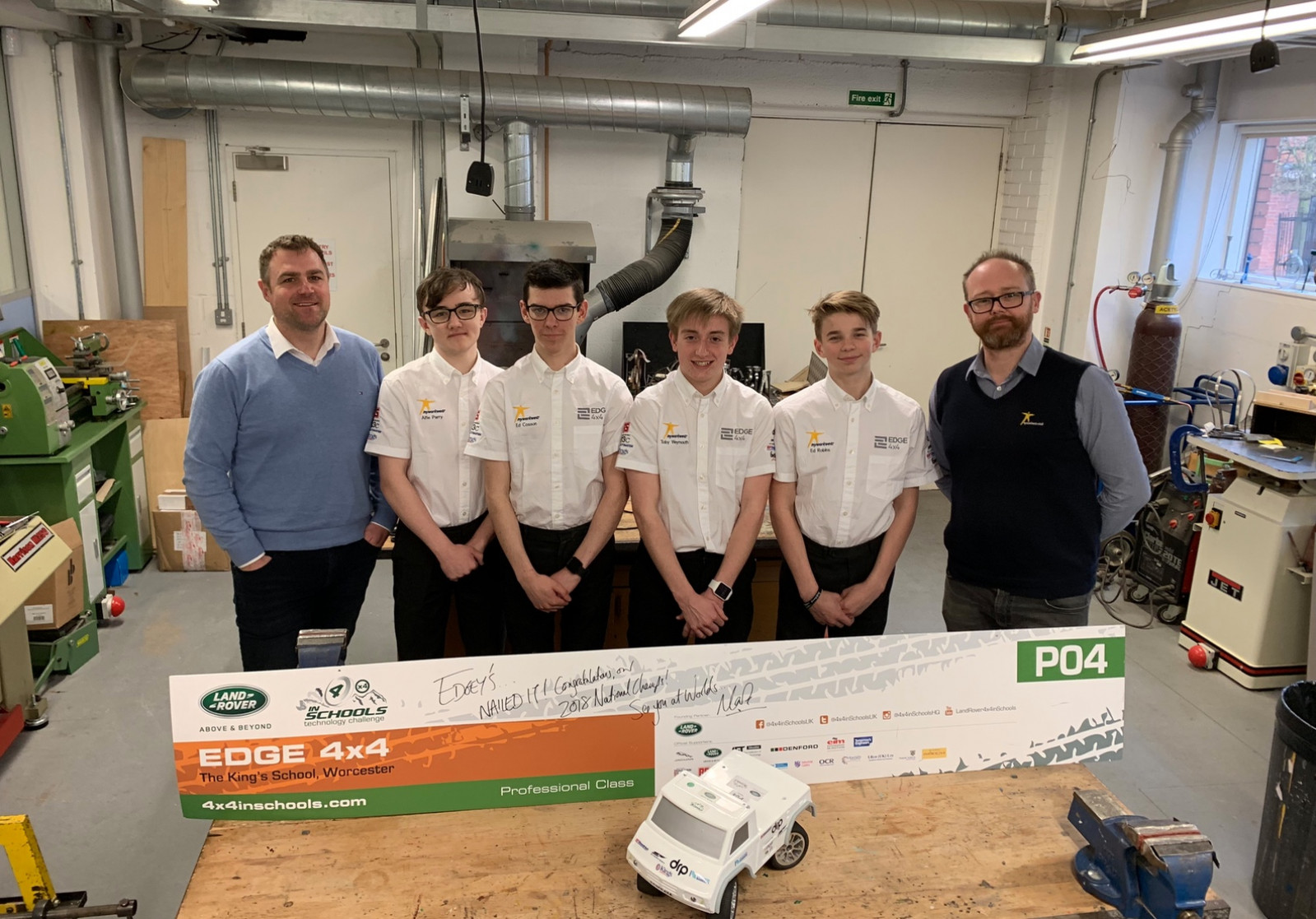 Over the past six months, MyWorkwear have become involved in Formula 3 as we are supporting the University of Wolverhampton Race team (UWR) We assist the race team and students by producing branded team uniforms and workwear. This clothing ensures the safety of the students and ensures that their sponsors branding is clearly seen by all.

In a similar vein, we were delighted to be introduced to Edge4x4. A team of enthusiastic year 11 school children who have been competing in a national Land Rover school challenge.

The team Ed Cosson, Toby Weymouth, Ed Robins and ​​Alfie Parry all from The King’s School, Worcester; have successfully beaten competition from schools across the UK and been invited to attend the world finals in a challenge set by Land Rover, at the University of Warwick over 5 days from 12th April 2019.

What is the Land Rover 4×4 Schools Technology Challenge?

The Land Rover 4×4 in Schools Technology Challenge requires students to design and build a 1/10th scale radio-controlled, four-wheel drive vehicle according to detailed specifications of size, weight, and approach angles, with an array of sensors. The vehicles compete on demanding off-road courses, overcoming extreme obstacles like rope bridges, steep slopes and narrow tracks which are designed by Land Rover to simulate full-scale testing.

It teaches young engineers many skills and tests their literacy, presentation, marketing, engineering and design skills by requiring them to produce not just the car, but also a twenty-page portfolio, a ten-minute presentation and an exhibition stand. Additionally, they are judged on how they present themselves to the media and undertake special challenges on the day, like software coding and extra vehicle tests.

The team have used a combination of the latest manufacturing and design technologies such as laser cutting, 3D printing, CAD design as well as old-fashioned skills like cutting, metal-bending, tapping, threading, filing and mould-making. For example, the team laser-cut the chassis, built their own gearbox out of aluminium, and vacuum formed a highly detailed body.

This level of detail and engineering has led to the EDGE4x4 team being awarded: 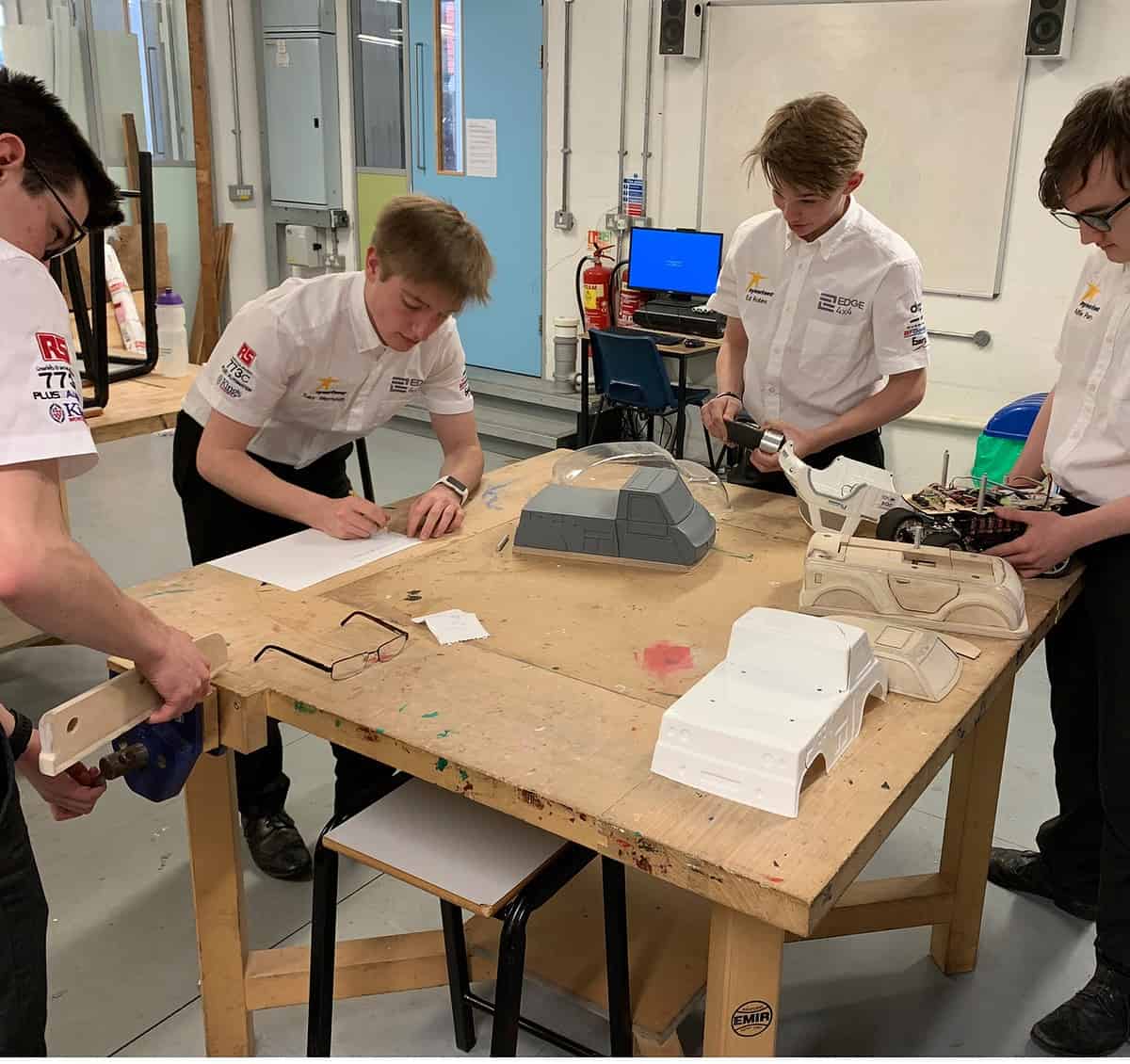 James, MyWorkwear’s MD first came to hear about Edge4X4 at a Made in the Midlands networking event. He was chatting to Mark Weymouth MD of PLUS Automation Ltd and Toby’s father. After hearing about the challenge and how determined the team were to win, James offered to embroider the sponsors logo’s onto the boys’ shirts for the world finals of the championships.

“It has been great to meet a group of young students who are so dedicated to the challenge. Getting to the World final’s has been a 2 year endeavour and these boys are about to sit their GCSE’s. I take my hat off to their tenacity and myself and all the team at MyWorkwear wish team Edge4x4 all the best in their endeavours to win the challenge”

James was so taken by the challenge that he called a friend of his to see if he would like to meet the boys. Craig Drescher is Team Associated’s European Sales and Marketing Manager and a very well known personality in the radio controlled car industry.

Team Associated has been in the forefront of hobby-car racing since 1965. From its humble beginnings with a few slot-car parts to today, Team Associated has grown to designing and shipping thousands of radio-control cars and parts to hobby shops around the world.

During his career Craig been awarded the following;

“I was extremely impressed with the Edge 4×4 team competing in this years World Championships. The dedication and professionalism from such a youthful team is inspiring. All the lads have done a fantastic job with every aspect of this project. They posses a team spirit and determination that will take them far. They walked us through the entire project and highlighted what makes this 4×4 one of the best in class. I wish them every success in the competition and I look forward to seeing them take the title”. 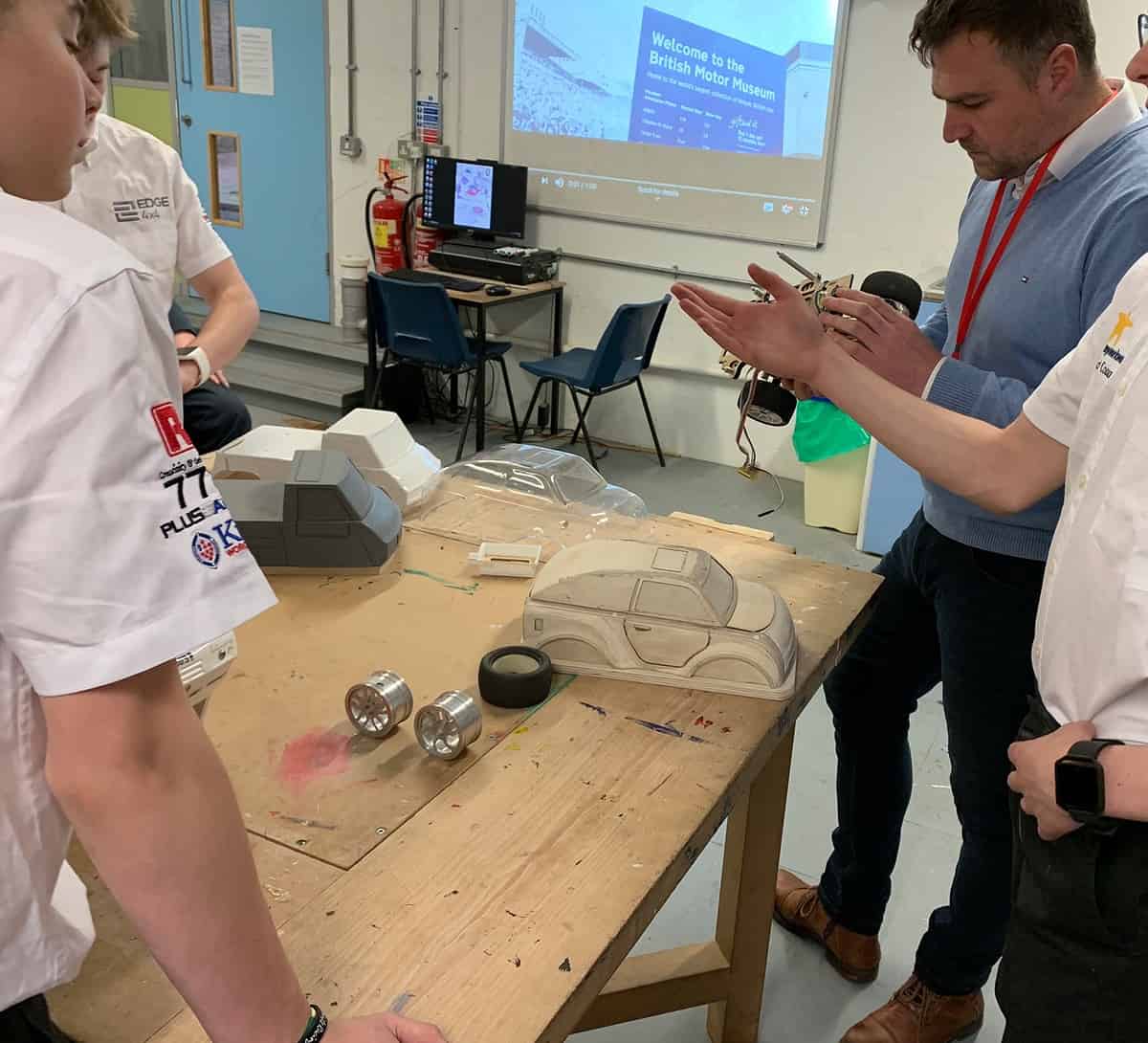 Craig Drescher, taking a look at the boys design and offering advice and guidance. 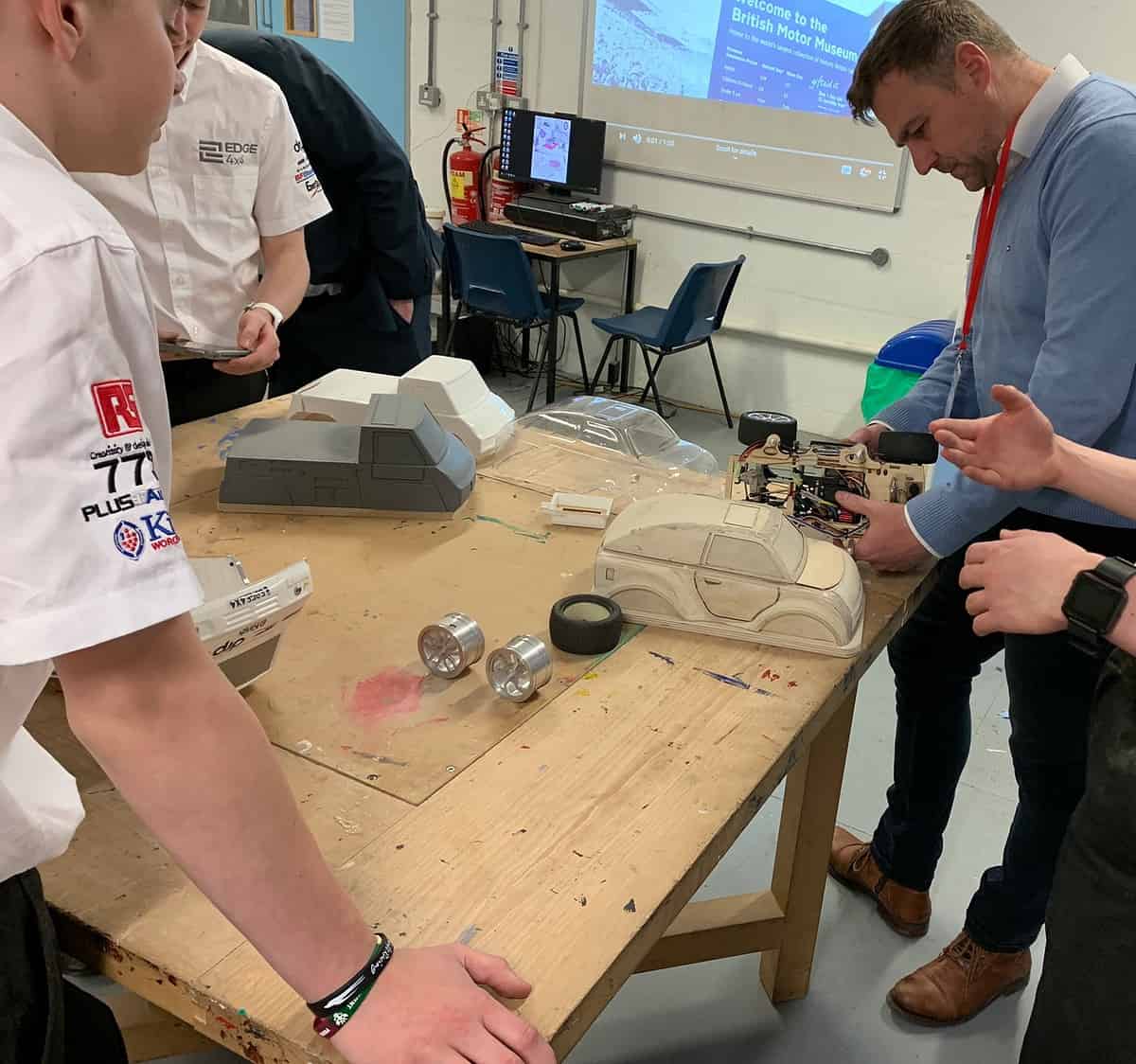 The new team shirts being embroidered

Here are some photo’s of the teamwear for Edge4X4 being embroidered at the MyWorkwear factory in Telford, Shropshire. 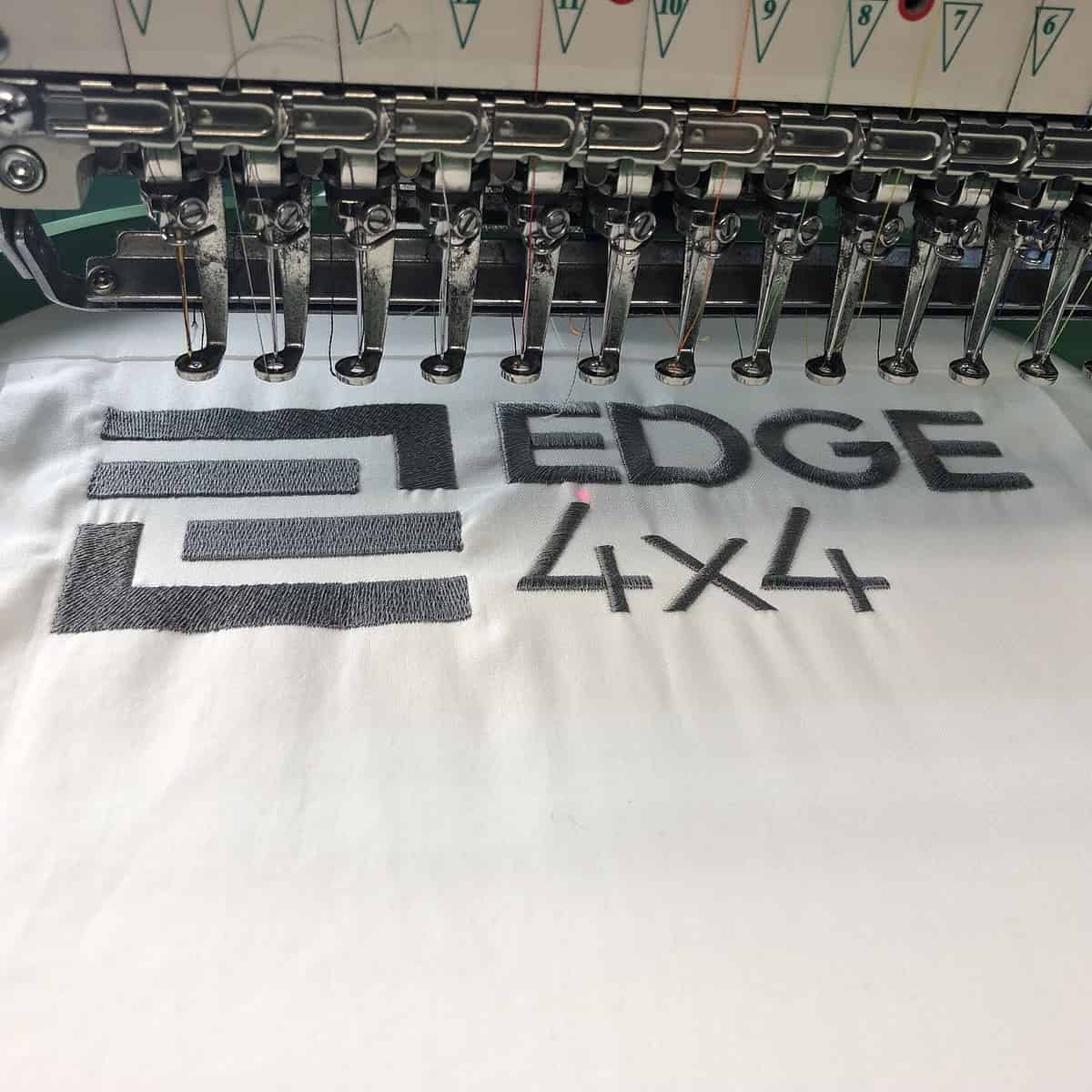 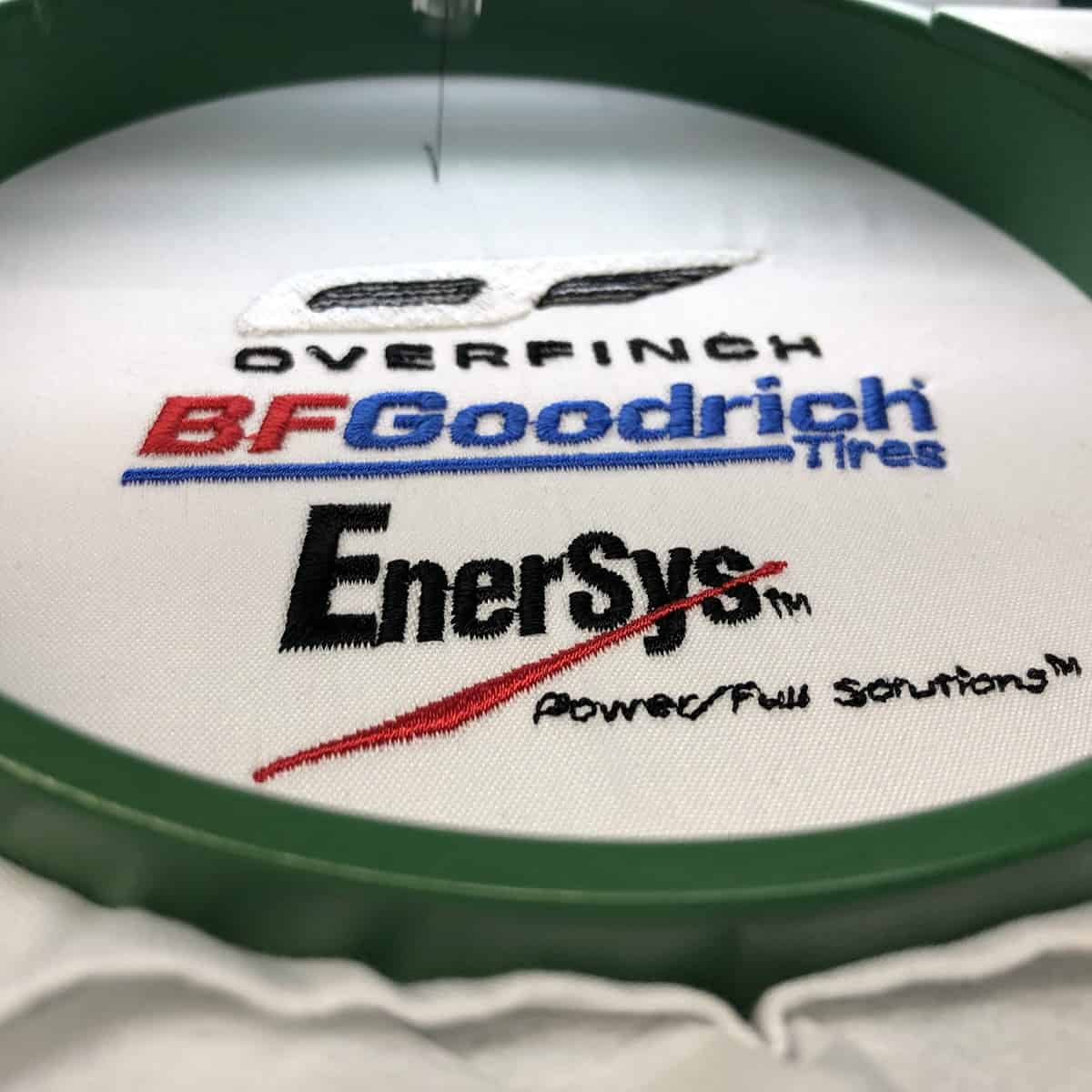 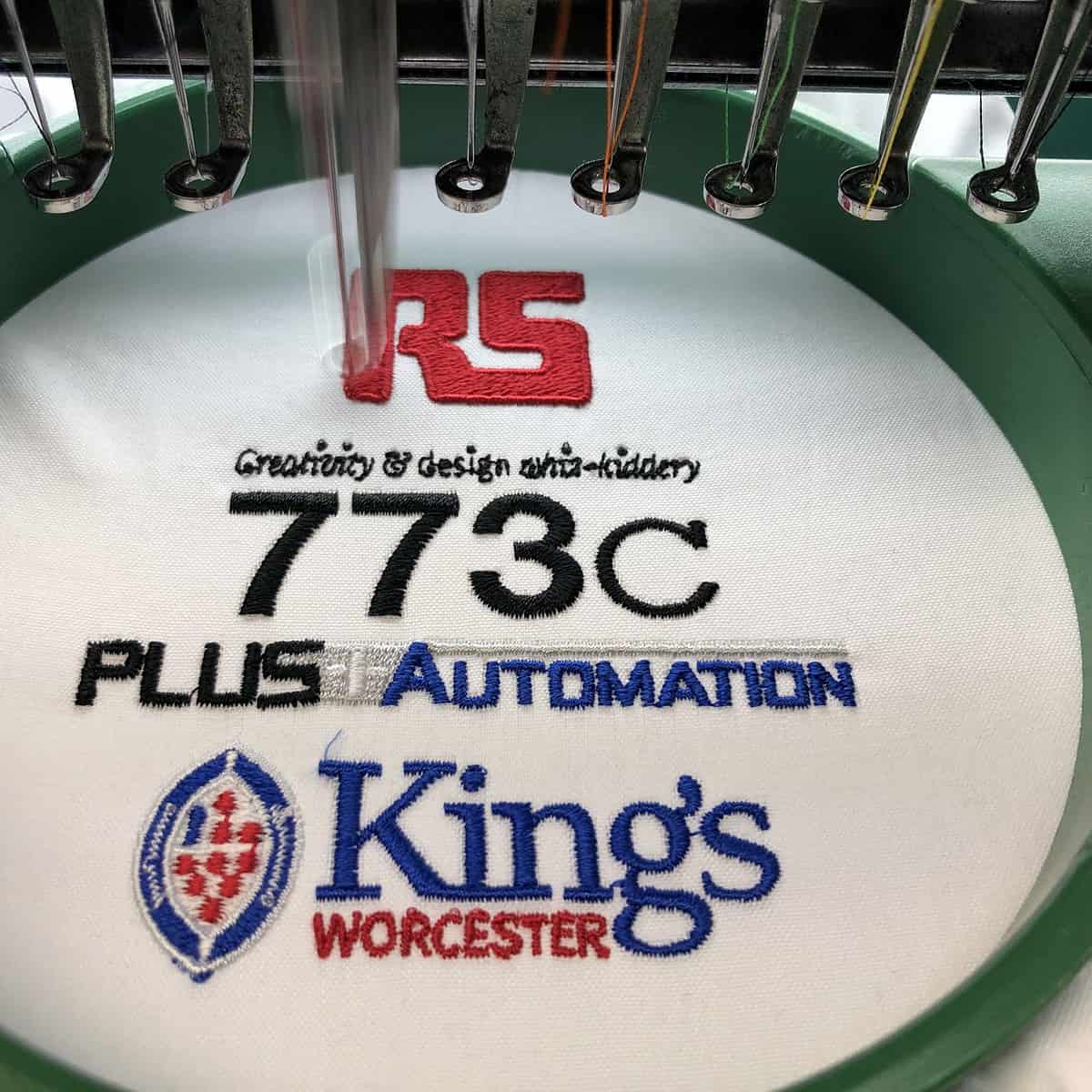 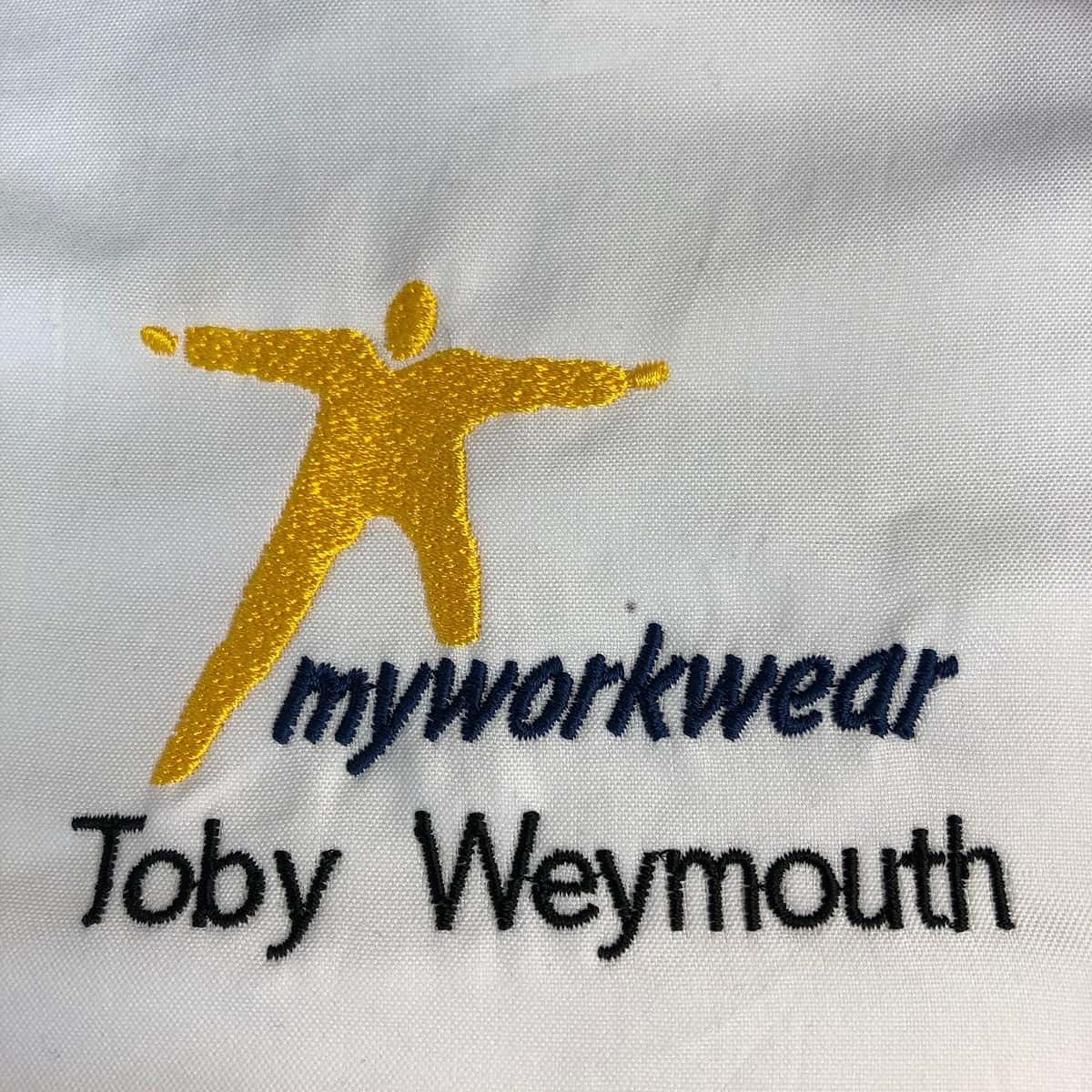 As a valued Patron, MyWorkwear will be one of the members exhibiting at this year's Made in the Midlands Expo on June 20 at the Ricoh Arena in Coventry. To join them or register for tickets to the event click on the banner below and don't forget to visit our new website - www.madeinthemidlandsexpo.co.uk
Chat with us!